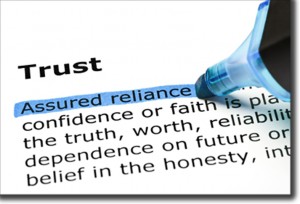 Just because something is used does not mean it is useful, but exposing the useless these days is almost a fool’s errand fraught with frustration and possible legal action. Our culture is rejecting truth and ethics while enthusiastically embracing the fake and false. The latest item du jour goes viral and is stampeded by shoppers or delivered immediately by drones. The peer pressure of the lemmings’ marching music to possess and be one toy up is irrationality at best and insanity at worst. We are so accustomed to disposable and limited useful life that we have lost the meaning of lasting value.

I hope you agree that we are being invaded and dominated by the Trojan Horse of digital technology, intentionally designed to addict us and our children to its lure of increased self- gratification with the latest app or model. Believe me, the inventors know how to program our brain to want what we do not have. We are brain washed into thinking the latest widget is indispensable to our welfare. Like the Food Industry taking advantage of our sugar craving to create more junk food proven harmful to health, technology creates digital opiates to damage our brain in frightening ways we have yet to truly understand, but the concerns are serious as we lose touch with the real wonderful world.

Dentistry, for over half my career, used to be anti-advertisement and anti-self-promotion., We had a strict code of ethics as high as Church Discipline and no reasonable dentist crossed the red line, but the ACLU and the Courts struck down high ethical standards for professionals and the plunge to Darwinian “survival of the most cunning conniver” happened ever so quickly. I think you have to have a trace of Calvinism to correctly understand the depravity of man when no ethical or moral standards are upheld.

As Insurance companies, Wall Street Corporations and Government invade and control health care as a commodity, an impersonal dynamic blindside us. The bonded relationship between patient and doctor (the backbone of heath care) suffers divorce. When I think of the time my father in law, my brother, my two uncles, my cousin spent with their patients and the personal care they gave each patient without a five-minute limit, a grading system for performance outcome, detailed Insurance regulation, a daily quota overload and your doctor paying more attention to the computer screen than you, it saddens me because I know that a bygone era was much better than now.

Technology, as useful as it can be, is still a two-edge sword that does not rightly divide true or false. It can be grossly misused and worse misinterpreted leading to erroneous evidence. We are fast accepting the fact that “Watson” knows everything and will call the play for us without human interaction. Tell that to Capt. Sully who decided to ignore the instructions his flight computers on- board and control towers were reporting in those fateful final moments while he diverted his plane to land on the Hudson River to save every life aboard rather than risk the crash and tragedy his computers programmed.

Dentistry is not about fancy gadgets and virtual reality presented on a screen to amaze and dazzle you. It is about the intelligent informed communication between people who understand the limits of truth and the proper use of any device that will help achieve a desired outcome. I want a seasoned Captain flying the plane when the computer malfunctions and the grid is down.

“It’s the Indian not the arrow”.